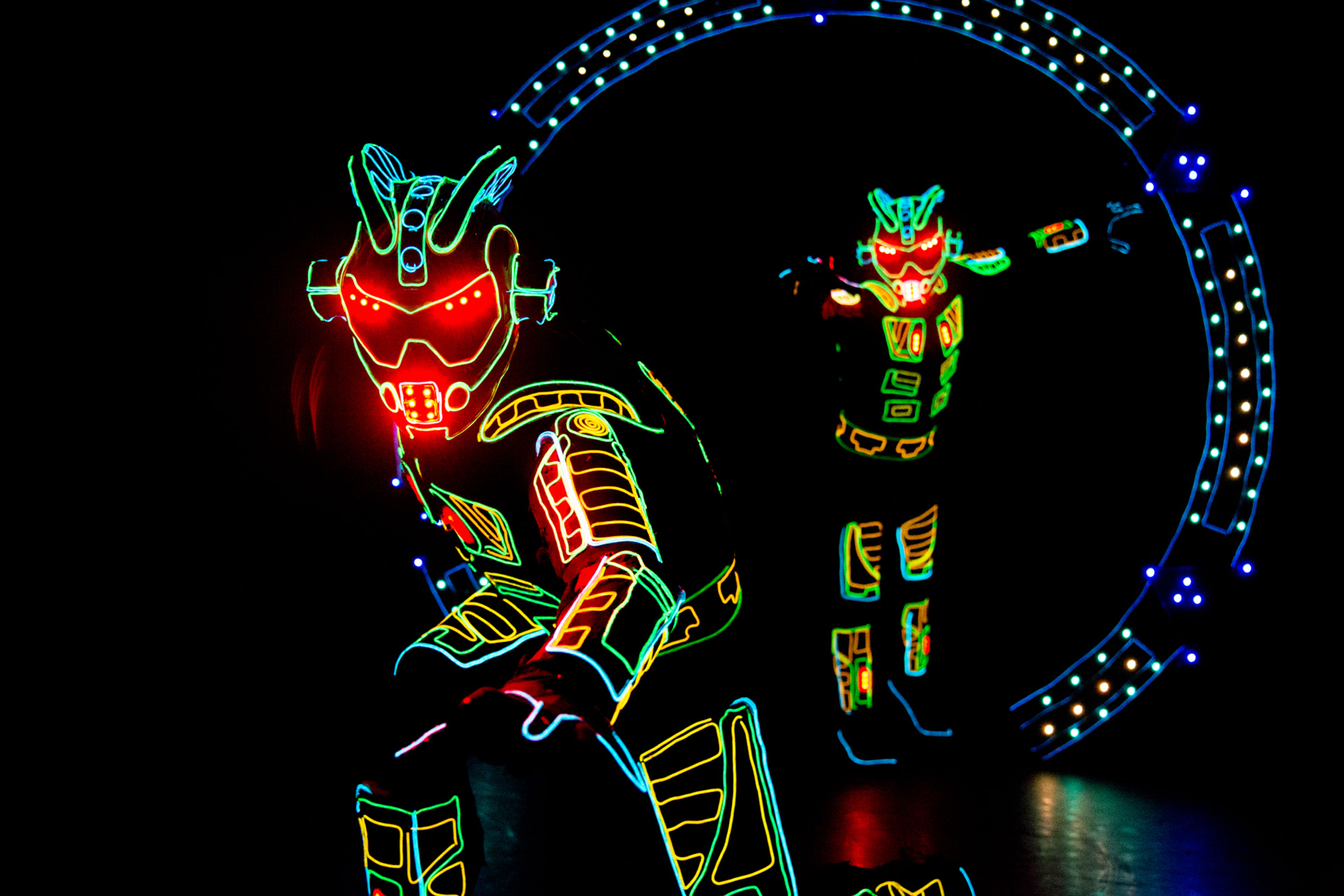 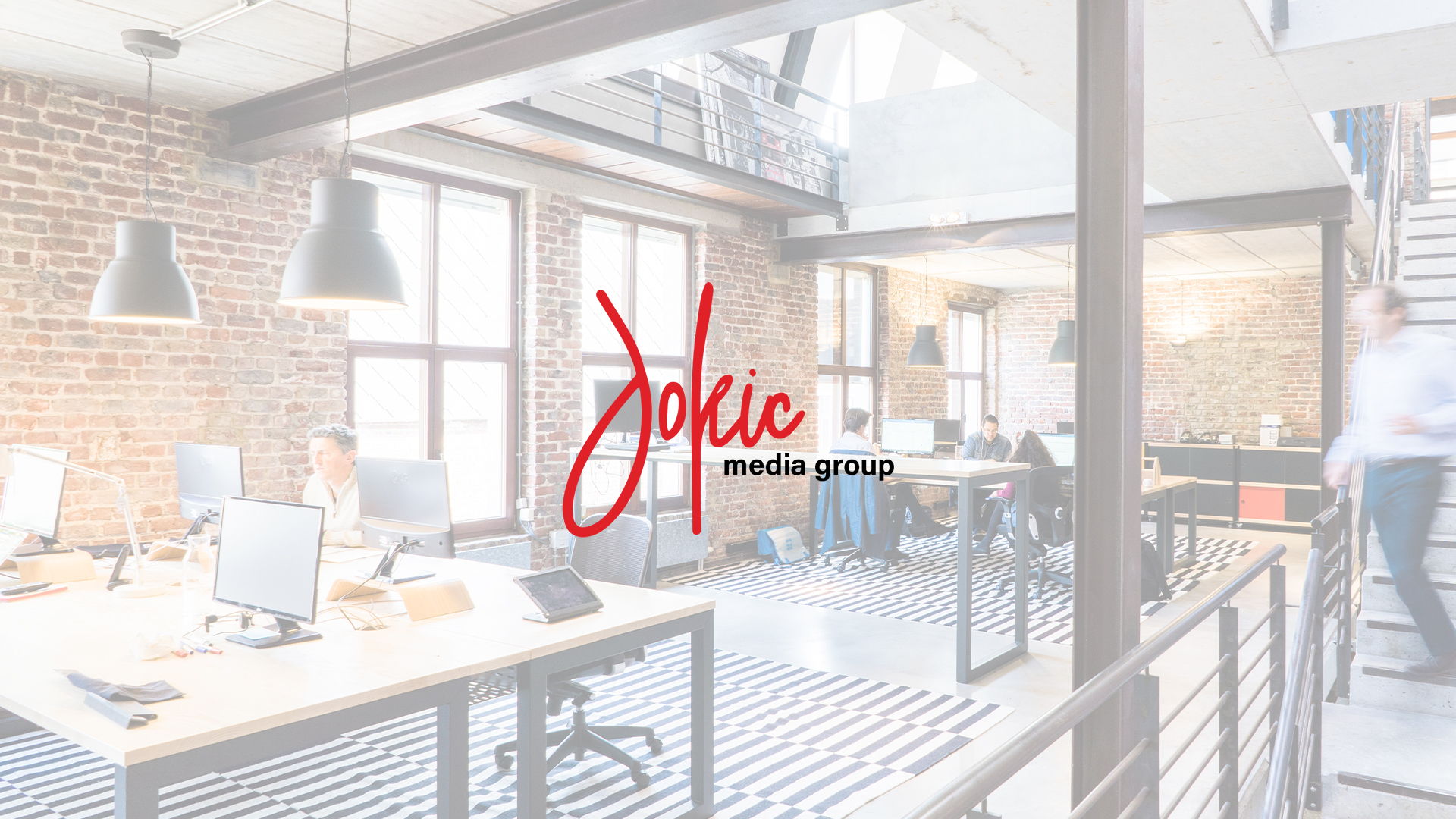 The Comedy Works
Presenting a different lineup every week, these world-class stand-up comedians have lent their talents to Comedy Central, Netflix and more. Plaza, 9 p.m. various days of month, $25+, 21+; 877-565-3849, plazahotelcasino.com

Delirious Comedy Club
Your sides will hurt, and your cheeks will ache from the antics of the stand-up comedians here. Bringing in both established comedians from across the world, as well as up-and-coming comic stars, the club’s lineup will have you laughing all the way through. Downtown Grand, 8 p.m. & 10 p.m. Thu.-Sun., $39.95+; 702-541-2660, deliriouscomedyclub.com

The Eddie Griffin Experience
A popular, no-holds-barred stand-up comedian who doesn’t have a filter when it comes to saying exactly what’s on his mind, crowds will laugh until it hurts when he steps onstage and tells it like it is. Sahara, 8 p.m. Mon.-Wed., $75+, 21+; 702-761-7000, ticketmaster.com

Jimmy Kimmel’s Comedy Club Gracing his hometown of Las Vegas with some of the greatest comedic talent around—from established names with several comedy specials, to up-and-comers—Kimmel delivers the goods all around in his traditionally styled comedy venue where guests can eat shareable bites, drink craft cocktails and laugh ’til they ache. The Linq (across from Brooklyn Bowl), 8 p.m. Thu.-Sun., 10 p.m. Fri.-Sat., $20+, 18+; ticketmaster.com

Tape Face
This “America’s Got Talent” finalist does mimes everywhere proud with his genius brand of witty yet unassuming humor in his hilarious, one-of-a-kind show. Harrah’s, 6 p.m. Wed.-Sun., $39+; 855-234-7469, caesars.com/harrahs-lasvegas‍‍

Banachek’s Mind Games
The most in-demand consultant by top magicians and mentalists like David Copperfield, Penn & Teller, Criss Angel and David Blaine, he’s highly esteemed for his astounding mentalism performances and death-defying illusions. The Strat, 4 p.m. Sat.-Mon. &  Wed.-Thu. through Dec. 30, $29+, 5+, younger than 18 must be accompanied by an adult 18+; 800-998-6337, thestrat.com

Criss Angel Amystika
A fantastical, mysterious magic production featuring stunning illusions, mind-blowing special effects and jaw-dropping stunts. This Mindfreak prequel immerses audiences in an interactive show that pushes the boundaries of reality and proves anything is possible when you believe in your dreams. Planet Hollywood Resort, 9:30 p.m. Wed.-Sun., $69+; 855-234-7469, ticketmaster.com

Criss Angel Mindfreak
‍Utilizing the most complex and state-of-the-art technology, this new 90-minute production shocks and wows audiences with its extreme, cutting-edge style of one-of-a-kind illusions that we’ve come to expect from this visionary man of magic. Planet Hollywood Resort, 7 p.m. Wed.-Sun., $69+; ticketmaster.com

David Copperfield
‍The legendary master magician astonishes and enthralls audiences with his astounding illusions and enchanting stories. MGM Grand, 7 p.m. & 9:30 p.m. daily with additional 4 p.m. Sat. show, $71.37+, 5+ and under 18 must be accompanied by an adult; 866-740-7711, mgmgrand.mgmresorts.com

‍House of Magic
‍Enjoy amazing tricks and illusions with a side of laughter during performances by a rotating cast of master magicians who’ll blow your mind with their modern twist on the classics; plus, variety acts from around the world. Downtown Grand, 6 p.m. Thu.-Sun., $39.95+; 702-541-2660, houseofmagiclasvegas.com

‍Lioz Show
You may know him from “America’s Got Talent,” but now you can see Lioz Shem Tov right on the Las Vegas Strip when he brings his engaging and astonishing feats of magic and mind to The Magic Attic. Bally’s, 10 p.m. Thu.-Mon., $27.96+, 18+; ticketmaster.com

‍Shin Lim: Limitless
An “America’s Got Talent” two-time winner, this young illusionist mesmerizes crowds with his mind-blowing sleight of hand and jaw-dropping displays of object manipulation. He’s joined by special guest “AGT” finalist Colin Cloud who brings his astonishing mind reading to the stage. The Mirage, 7:30 p.m. Thu.-Mon., $39.99+, 5+ and under 18 must be accompanied by an adult; 800-963-9634, mirage.mgmresorts.com

An Evening with Whitney: The Whitney Houston Hologram Concert
Witness “The Voice”—one of the most beloved, successful and influential singers ever—perform onstage alongside a live band, backup singers and dancers. Harrah’s, 6 p.m. & 8 p.m. Tue.-Sun., $52+; 855-234-7469, caesars.com/harrahs-las-vegas

‍Legends in Concert
In celebration of 39 years of success as the the pioneer of live tribute productions and the longest-running show in Las Vegas, Legends brings the King of Rock “Back in the Building” with a rotating cast of tribute artists performing Elvis’ incredible repertoire of classic rock ’n’ roll hits. Tropicana, 11/5-12/30, 7:30 p.m. Wed.-Mon., $59.99+; legendsinconcert.com

‍MJ Live: Michael Jackson Tribute Concert
‍The King of Pop returns to the stage in this dazzling concert production showcasing the biggest hits and unforgettable dance moves of one of the world’s greatest and most inventive music artists of all time.Tropicana, 5:30 p.m. Wed.-Mon. $68.30+, 5+; 800-829-9034, ticketmaster.com, ticketbat.com‍

Raiding the Rock Vault This live classic rock concert brings a rotating lineup of some of your favorite musicians from the greatest rock bands in history—including Rock & Roll Hall of Famers—performing iconic ’60s through ’80s classic hits to an all-new 300-seat rock club. Get ready to shake your booty to the music of The Rolling Stones, The Who, The Doors, Led Zeppelin, Queen, AC/DC, Bon Jovi and more! Rio, 8 p.m. Fri.-Mon., $74+, 5+; ticketmaster.com

‍Reckless in Vegas
Crowds will be whisked away to a bygone era with high-energy, rocking performances by a live band that put a dynamic, contemporary spin on popular songs by ruling artists of the ’60s, including Frank Sinatra, Dean Martin, Elvis Presley, Sonny & Cher, Frankie Valli, Neil Diamond, Johnny Cash and Bobby Darin. And did we mention the showgirls? Sahara, 8:30 p.m. Thu.-Fri., $49.99+; saharalasvegas.com
‍
Wayne: Up Close and Personal
Legendary entertainer Wayne Newton performs favorite songs in an intimate setting where he interacts with audiences and share personal career highlights through songs, film clips, anecdotes and an audience Q&A. Flamingo Las Vegas, through Dec. 28, 7 p.m. Mon., Wed. & Sat., $82+; 855-234-7469, ticketmaster.com‍

Aussie Heat Spark your desire as you get up close and personal with these very friendly, sexy men from Australia as they provocatively dance and strip for your pleasure in this enticing, high-energy male revue. Notoriety Live, 9 p.m. Thu.-Mon., $54.99+, 21+; 702-472-7514, notorietylive.com

Faaabulous! The Show
‍Hosted by “AGT” finalist and international pole-dancing champion Stevie Hart, Faaabulous! The Show stars three fierce queens who enthrall crowds with their all-live, powerhouse vocals during 75 minutes of song, dance and comedy in a high-energy show that launches the drag art form into orbit. And don’t miss out on a “diva-licious” weekend brunch complete with table service, signature cocktails and bottomless mimosa packages featuring the Faaabulous! cast. Notoriety Live at Neonopolis, 9 p.m. Thu.-Fri., $47+, 13+ and those younger than 17 must be accompanied by an adult; 12:30 p.m. Sun. brunch & 1 p.m. show, $67+, 21+; 702-472-7514, faaabulous.vegas

Fantasy
Celebrating 20 years on the Strip, this award-winning show takes adult entertainment to the next level with its tantalizing, high-energy dance performances and powerful vocals by Lorena Peril. Luxor, 10:30 p.m. daily with an additional 8 p.m. Sun. show, $39+, 18+; 800-557-7428, luxor.mgmresorts.com‍

RuPaul’s Drag RaceLive!
This original production is based on the Emmy Award-winning drag competition reality TV show featuring RuPaul’s “showgirls” on their journey through a season of Drag Race. Flamingo, 9:30 p.m. Thu.-Mon., $49+; flamingolasvegas.com

Blue Man Group
It may be hard to imagine that a show in which the characters don’t speak could be so highly engrossing and entertaining, but that’s exactly what three bald, blue men pull off when they take audiences on an incredible journey filled with sound, colors, humor and music. An extraordinary production, BMG stimulates all your senses like you’ve never experienced before. Prepare to have a blast! Luxor, 8 p.m. Sun.-Thu. with an additional 5 p.m. Thu. show, $38+, 3+; 800-557-7428, luxor.mgmresorts.com

Bridesmaids: The Unauthorized Movie Musical Parody Meet up with Annie, Lillian, Megan and other bridesmaids to grab some drinks when the gals party down in true Sin City style, stirring up some seriously side-splitting situations with their unweildy wedding-party antics. The Orleans, 9:15 p.m. Fri.-Sat., $39.99+, 18+; thevenue.showare.com

Christmas in Hell Weary of the usual Christmas entertainment offerings? This 90-minute Off Brodaway musical-comedy production features an unconventional plot line and original songs. It’s a must-see for those who wish to embark on a devilish, yet surprisingly touching, journey in a very different kind of holiday experience. Notoriety Live!, 11/17-1/1, 7 p.m. Thu.-Sun., $60+, 14+; friendlysky.com, disruptioninsales.com

Friends! The Musical Parody
The critically acclaimed off-Broadway production makes its way to Vegas, bringing back the iconic moments of Monica, Rachel, Ross, Phoebe, Joey and Chandler in a fun-loving romp of the popular sitcom. The Orleans, 7:30 p.m. Wed.-Sun., 16+; 702-777-2782; thevenue.shows.com

Marriage Can Be Murder
Play detective while dining during this interactive production where the “killer” is amongst the audience. Aided by the eager lieutenant and the nosy hostess, your journey to the culprit will be anything but dull during this wacky murder-mystery dinner show. The Orleans, through Oct. 30, 7 p.m. Thu.-Sun., $78.94+, 8+; 702-205-2775, orleanscasino.com

Menopause The Musical
Join the party at Las Vegas’ longest-running musical! An award-winning production, Menopause presents a hysterically accurate portrayal of how life can change dramatically for women as they endure this rite of passage milestone. Harrah’s, 8 p.m. Mon.-Sat. with additional 4 p.m. Tue. & Sat. show, $64.90+; 855-234-7469, ticketmaster.com

Mystère
Whimsical and fantastical, this original Cirque du Soleil show is a surreal extravaganza of creative imagery, comical antics, astounding athleticism and incredible, fast-paced acrobatics performed by a remarkably talented international cast. If you’ve never experienced a Cirque show, this is a good place to start, as it has everything for which the world-renowned company is so beloved. Treasure Island, 7 p.m. & 9:30 p.m. Fri.-Tue., $64+; 800-392-1999, treasureisland.com

‍“O”
This breathtaking Cirque du Soleil production transports audiences to an exotic, aquatic-themed world where they experience spectacular acrobatics, synchronized swimmers, divers and other characters who perform in, on and above a 1.5-million-gallon pool, which acts as the show’s centerpiece. Bellagio, 7 p.m. & 9:30 p.m. Wed.-Sun., $79+, 5+; 888-488-7111, bellagio.mgmresorts.com

Tournament of Kings
This dinner and live-action production experience reimagines the tale of King Arther and his chivalrous knights as they exhibit bravery and skill through jousting and sword fighting while showgoers fill their bellies, quench their thirst and cheer them on. Excalibur, 6 p.m. Wed.-Mon. with additional 8:30 p.m. show Wed.-Thu. & Sat.-Sun., $61.14+, all ages; 702-597-7600, excalibur.mgmresorts.com